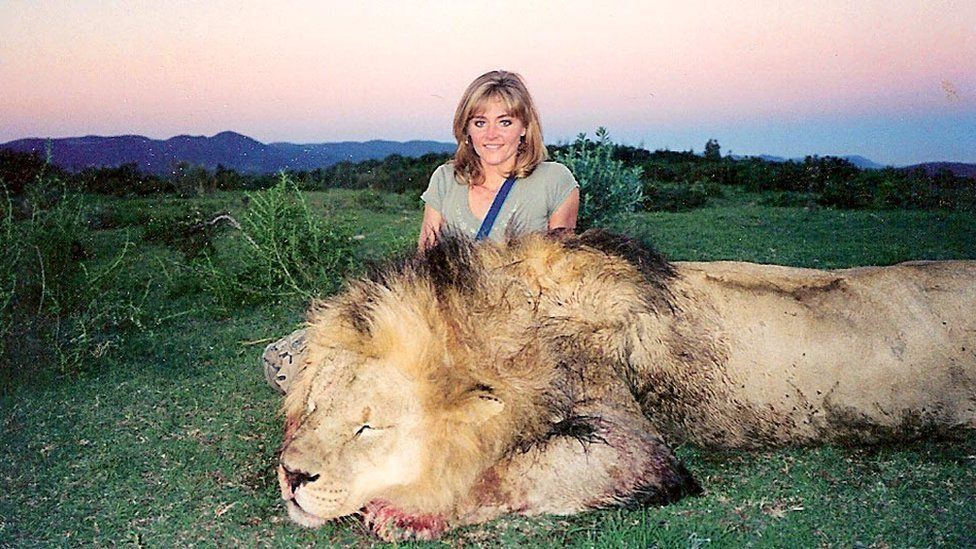 Recently there has been a lot of press regarding rich people (mainly from ‘murica) going to Africa specifically to kill large (not so) game animals.

Highlights of this ‘sport’ are a wealthy dentist (there are such things?) and some other silly tarts thought it would be a great idea after they had killed these beasts on their holidays to brag about it on social media for the world to see.

Unless you are the strictest of vegans, I think we are all guilty of promoting the killing of animals for our own purposes in some way.

Now I am not personally in the habit of going to the local abattoir and slitting the throat of a heifer for fun, but I do eat meat of all kinds, I wear leather shoes and belts and I recently purchased a very nice leather filofax to keep notes in.

I also eat gummy bears and have been known to chow down on chicken livers with a nice glass of Chianti at a good resturant, however all of the animals I consume in these various forms have been (as far as I know) bred specifically for that purpose and are not endangered or even wild (insert ‘wild?, they were livid’ reference here).

They have (again as far as I know, and certainly as I’d like to think) been raised and cared for in a controlled and healthy way and killed in a relatively painless manner with their bodies used as efficiently as possible with virtually nothing going to waste to maximise the producers profits from the carcase.

I don’t believe this happens in the heat of the African sun. The kills are seldom clean – it’s been said that Cecil the lion, the one killed by the dentist, took forty hours to bleed out. Additionally these are wild animals in the heart of the African bush, meaning they are probably infested by worms and parasites and other diseases, and once slaughtered, the bodies of the animals, which in some cases are huge (have you seen an adult Giraffe up close?) become fly blown and turn stinky within hours of the kill.

All this does not make for a slap up meal of Lion cutlets followed by Giraffe fricasse chafed at sunset over charcoal and served from the back of the guide’s LandRover. I rather think something else was on the menu that evening.

So why do they do it? Are they just sadistic evil people? – maybe, but I think that it’s mainly a power thing, I think that they have a burning need to exert their will over these apex animals in order to prove to themselves that they are better than their pray in some way, a primal survival of the fittest, king/queen of the jungle thing – you know – opposable thumbs and a carbine beats claws and teeth in the twisted game of top trumps going on in their heads makes their dick feel bigger.

If the ‘hunters’ who go into game reserves want to kill animals they should be allowed, but in a controlled manner with a couple of – you know – rules;

The latest idiot has tried to justify her murder of an un-expecting OAG (Old Age Giraffe)  by calling the bible card spouting Genesis 27.3

“Now therefore take, I pray thee, thy weapons, thy quiuer, and thy bow, and goe out to the field, and take mee some venison.” (King James Bible 1611)

Firstly I am not even sure they had Deer in the lands of the old testament so the word venison is a mistranslation and many other versions substitute this to ‘meat’ but as Wesley says:

27:3 Take me some venison that I may; bless thee – Esau must go a hunting and bring some venison. In this he designed not so much the refreshment of his own spirits, as the receiving a fresh instance of his son’s, filial duty and affection to him, before he bestowed this favour upon him. That my soul may bless thee before I die – Prayer is the work of the soul, and not of the lips only; as the soul must be employed in blessing God, #Psa 103:1|, so it must be in blessing ourselves and others: the blessing will not go to the heart, if it do not come from the heart.

I read that as wesley was saying it was an instruction to Esau to go and hunt to prove himself to his dad before his dad pegged it but this is all just an interpretation and the book is written in such a piss poor way you can twist it’s meaning anyway you like.

That fucking book has been used to justify more and bloodier geneside than any other, it and all the other misused religious texts that are taken out of context by conniving pseudo religious zealots should be burned for the good of humanity.

Don’t justify your existence by basing it on a text that was passed down for generations as a verbal tradition, then written in an ancient language barely no-one could understand, translated (badly) into another ancient language, then bastardised to make it more suited for one organisation to control it’s followers and then translated again by less than scholarly monks.

Oh and don’t forget the bit where it was also fucked around with by an English king so he could raid the monasteries for cash and execute his wife to marry some bird he’d been shagging.

Yes that’s an excellent book to base your entire life on.

One Reply to “On hunting big game”